There is panic in Mangoro, Ogba, Agege, Iyana Ipaja and Dopemu areas of Lagos as suspected hoodlums are robbing residents.

In what appeared like a coordinated operation, the hoodlums were said to have arrived in okadas and buses, armed with different kinds of weapons.

Residents who spoke with TheCable said the suspects looted food stores and warehouses in the areas.

“They came in at about 7pm this night with about 30 okadas and 10 5 buses,” a resident in Aluminium village, Dopemu, told TheCable.

“Many houses and food shops have been robbed. In fact they also broke into some warehouses here and stole items.”

In Mangoro, another resident said they attacked people on the streets, snatching purses.

“Nowhere is safe in the area now. Those that were on the streets were attacked and they collected their purses. They also broke into houses and robbed people of their valuables.”

In Iyana Ipaja, a resident said after previous attacks, some youth in the area lit bonfires on the streets.

“We know they have been operating in nearby streets, but we won’t allow them to get into our streets. We will keep a night over this fire,” one of them said. 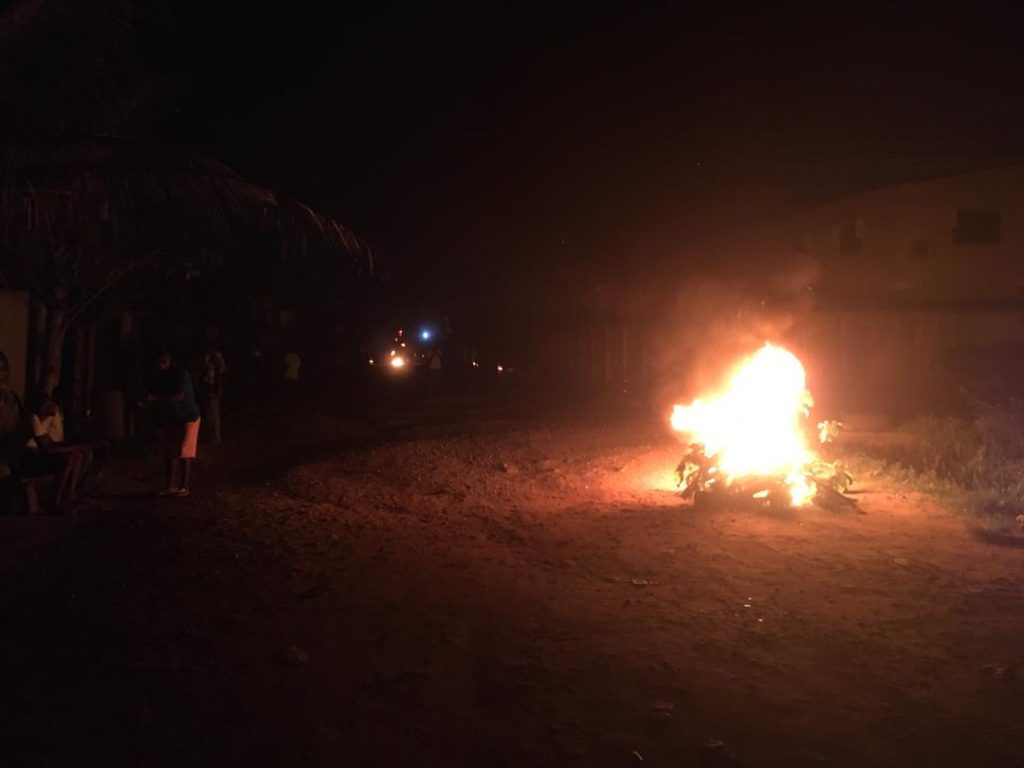 Some residents of Mangoro keeping vigil

In a message posted on social media, a resident of Agege said: “We are no more safe in Agege. From Oke koto, Agunbiade, Ayanwale to Pen Cinema. We need help; we’ve called the police but no response,” she said.

“For the past one hour, no one has come to our rescue. What kind of country is this? They isolated us without any provision. Our lives are not secure. These boy have entered into out houses. over 100 of them. They have been robbing for over one hour.”

Bala Elkana, Lagos police spokesperson, however, accused those with the bonfires of causing panic in the areas.

“We have sent our rapid response squad there, and what we discover are youth of those areas stepping out in the name of protecting their areas from hoodlums coming in,” he told TheCable.

“Then burning tyres in the name of securing, and this on its own is creating panic. We have sent a strong message, the order is stay at home. Everybody must stay at home. We have enough deployment all this while. We are not under any threat. Those youths are looking for an opportunity to be out of the house, so they are creating panic. There is adequate police patrol in the areas.”

On Friday, suspected hoodlums had broken into houses and shops in Lagos and Ogun.

Dapo Abiodun, the governor of Ogun, later announced that 150 suspects were arrested in connection with the incident.